Shortly after ordering my Model S I filled out the contact form via the Tesla Motors site for Solar City to look into getting solar for my property. I wrote about the positive initial sales process and experience and wanted to provide some updates on how things were going in an ongoing series.

In my previous post I focused on just the house and what that plan would look like, but I was actually looking to do more. I live on a horse farm in Massachusetts. We have one address, but two electric meters for accounting purposes. When I signed up for Solar City I actually signed up twice, once for each meter, and got two plans.

That’s where we left off with the sales process and the design process started. Then things started to go sideways. 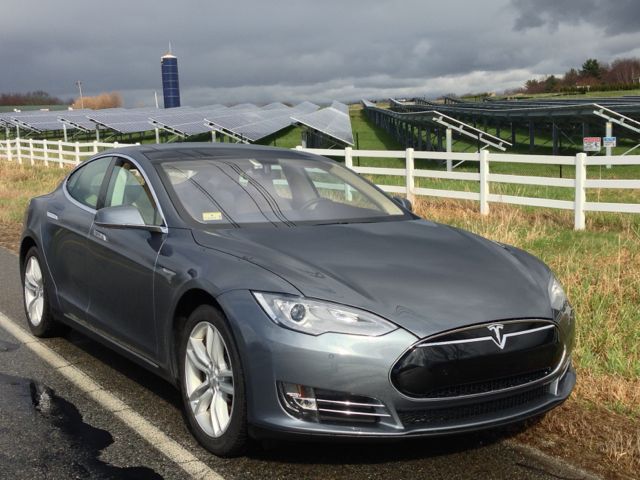 Despite the fact that I signed up through the Tesla site and mentioned several times I was getting a Model S, the additional energy use was not considered in any of the planning. I was naïve at the time and hadn’t thought about how much the Tesla would affect my energy usage and you’d think the Solar City would be well versed in this. They weren’t.

Solar City knew little about what the Tesla would consume for power.

When signing up for Solar City they collect all sorts of data from you. They collect a years worth of prior electric bills, they do site surveys, they take 360 degree pictures from your roof, they do a home energy assessment etc. For me they did all this twice for my two meters/properties. It all looks fancy but it was flawed.

The home energy assessment is generic and not very tailored to your exact situation. It provides generic advice about getting more efficient appliances and other common sense things but the breakeven analysis on those recommendations make no sense. They also missed the fact I was getting a Tesla in all of the planning. My electricity use is already high, but even so thanks to my annual mileage the Tesla would be a significant factor in my future energy use.

It turned out I needed about 30% more solar generation to cover the Tesla.

After pointing this out to them and going through a round of engineering design reworks we ended up with a plan for a 37,000 kWh/year system for the house.

Before I get into the troubles encountered, its important to understand my costs for the proposed system. While there are no costs upfront, with the 20 year fixed rate per generated kWh the above combined system would cost me $170,000 over the next 20 years. One of the sales folks said the proposed combined system would be the largest residential system in New England.

I was choosing the above combined system would cost me $170,000 over the next 20 years.

All should have tipped me off to the troubles to follow. But I figured with Solar City growing fast as a public company and installing like crazy they should know what they were doing. I expected at this level of commitment that they’d get it all right. I was wrong.

More on Solar City’s execution challenges in the next part of this series.